Back to all posts

Scott Napier to Wildfire on Mandolin

Scott Napier to Wildfire on Mandolin 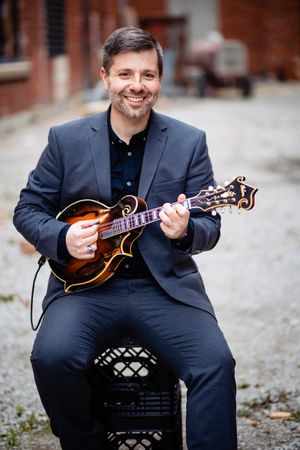 Nothing says that bluegrass is getting back to normal like the annual band shuffles that take place at the beginning of the festival season. And with the warmer weather, that is exactly where we are.

Wildfire has announced that Scott Napier will be joining the band on mandolin, taking the spot previously occupied by Chris Davis before he took a job with The Grascals. Scott is an experienced veteran in the bluegrass biz, having worked stints with such legends as Larry Sparks, Lost and Found, and Marty Raybon. These days he works on the faculty of the Kentucky School of Bluegrass and Traditional Music at Hazard Community and Technical College in Hyden, KY as an Associate Professor.

Scott’s memorable time with Lost and Found followed the tragic death of founding member Dempsey Young in 2006. He stepped in and accurately represented Dempsey’s unique and original mandolin style, both on stage and on their 2009 album, Love, Lost and Found.

He joins Wildfire founders Robert Hale on guitar and Curt Chapman on bass, along with Johnny Lewis on banjo and Matt DeSpain on reso-guitar. Wildfire started as a partnership between Hale, Chapman, and Phil Leadbetter and Darrell Webb, and has evolved over time to its current formation.

Like everyone else in our industry, they are hoping to hit the road again this year and see you at your favorite festivals. Check their web site for show dates as the year progresses.